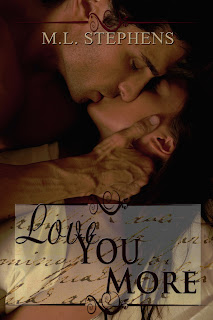 Stars: 5
Spicy
My favorite quote from the book!

"My life had been a fairytale, my death had been a nightmare, and my ghostly existence was tinkering on the edges of insanity!"

Now I want to be clear there is only some romance in this book. Yet, it's so sweet it might make you a little teary eyed!

Everything I type I erase because it gives something big away.

It's dark, suspenseful, exciting, puzzling, funny, sweet, insightful, romantic and so much more!

The whole time, once I realized something wasn't what it seemed, I thought I knew what it was. Turns out I was barely on the right path of thinking and only knew a small part of it! It had lots of great twists and turns I didn't even think about.

At the beginning I wanted to scream and yell at the young women for letting themselves get into  the situation they were in. At the end I was sighing and had a tear of happiness escape my eye. I'm not a crier and I have a friend who'd bawl her eyes out if she read this. So now I've warned her and all of you.

I loved every little part of this book. Well okay, I hated the beginning but not because of what it was or how it was written. It was because of the situation the women were in and what lead to their deaths. She wrote what she needed and did not push it to a point it became so much you couldn't continue to read it.  And it was completely essential to this touching story.

I really must read the rest of this series!

Blurb:
In life she found love, but can she hold on to it in death?


Her life was fabulous, until she was murdered, but now she knows. There are only two things in a person's existence that truly matter—before and after. This is Jade's after.


Caught in a realm between life and death, Jade is torn between the unexpected love of a stranger, catching the people who killed her, or remaining true to the man she was meant to marry.


With the clock ticking, she struggles to find a way to save the life of her best friend, while deciding which man will claim her heart. One wrong decision could leave her stranded in limbo for all of eternity. 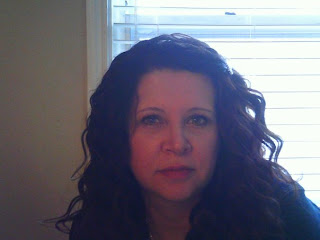 Author Bio:
I'm always clicking away at the keyboard, but when I'm not, my family, two dogs, and a very peculiar cat keep me on my toes! There's never a boring moment at my desk!


Besides my obvious love for coffee and all things caffeinated, I love to travel. The occasional tourist stop is fun, but I'm a back road kind of gal. Take me off the beaten path. I want to meet the ordinary people behind the culture.


Speaking of writing, I've been spinning stories around the campfire, since I can remember. Poetry was second nature, and as a teen and young adult, short stories were constantly being penned. I'm an avid reader, who loves almost all genres. Let's face it! A good read is a good read, regardless of whether it takes place in the future, the past, or with ghosts.

Excerpt:
If I wasn't so involved in my own traumatic state of depression, I'd be grateful that Chad had stuck around. I'd tried running him off, but he was a real trooper—lucky me. His upbeat mood and constant optimism was enough to make me sick. I wanted to pull a Houdini and disappear for life. Well, maybe not for life, I thought, but for a while.


"Rise and shine, Claire. Today is all about unicorns and rainbows!" Chad's voice filtered in from the other side of the door.


"What did you say?" I asked, glaring at the door as I bolted up in my mess of a bed.


He strolled in wearing a brilliant smile. "I said that today is all about unicorns and…"


Holding my hand up, I cut him off before he could finish. "I know. I know. But why did you say it?"


"Have you used that expression before?"


Looking mystified, Chad shrugged his shoulders. "I don't think so, but if it's a big deal…"


"It is a big deal! Don't ever use that phrase again!" I yelled. "Unicorns, rainbows, and fairies were reserved for me and Jade. You don't get to use those. No one gets to use those!" There weren't enough tears left for me to shed. My well of misery was dry.


Crossing his arms, he pondered the situation. "Ok, Let's try this again." He left the room, shutting the door on his way out.


"Thank you!" I shouted, throwing myself back against the mattress. More feathers floated up around me. I watched as they glided down. Just before they landed, another knock jolted me up.


Chad burst into the room with a blanket tied around his neck. The length of it cascaded toward the floor and stopped just behind his knees. With a broom in his hand, he thrust it forward as if it were a sword. "Rise and shine, Claire! Today is all about Prince Charming and frogs!"


I would have to be dead not to find the humor in that, I reasoned. Laughter ripped out of my chest, filling the space around us. Chad had the uncanny ability to turn any situation into an award winning masterpiece. The days of pain slid away as unexpected laughter took its place. The dried up tears that had stained my face, became tears of joy. I laughed until my ribs hurt. I laughed until I couldn't breathe. I laughed away my grief, my losses and my selfish depression. When I finally gained control of the uncontrollable cackles, all I could do was stare at the man in the makeshift cape and broom sword who had saved me from the cavernous ravages of hopelessness. He'd been saving me since we'd met.