Today Brenda Sparks has stopped by and I'll let her take it away from here. Giveaway and information including excerpts for her books are below. 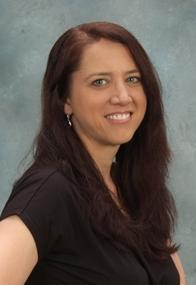 First Time Buyers – What You Should Know:
(Tell Us about yourself and your series/books)


The heroes of my paranormal stories are powerfully built warriors, whose duty is second only to their love for their mates.  Each story focuses on a seductive, commanding male and his one true love, following their struggle to find one another and develop their relationship, while evil ones are hot on their heels bringing death and destruction.

I chose paranormal characters as the heroes in my romantic fiction because I believe they speak to the baser instincts of our subconscious.  They are dark and intriguing, the ultimate bad boys who can be tamed by true love.  And who of us doesn’t want the power of our love to be transforming?

When driving to work one day, my inner world began to form.  Much like the universe, it started with a bang.  A violent scene that played in my mind’s eye as I drove.  A scene where two vampires were locked in a heated battle.  The winner’s reward?  The love of his long life.

My world developed from that one scene into several stories.  I found myself wanting to share the world I created with others, hoping they would enjoy my inhabitants as much as I did, so I put fingers to the keyboard and started typing.


I think most of us would like to be the makers of our own world.  To have control over who lives, who dies, who receives blessings in their lives, and who gets what they deserve from Karma.  And every time my fingers land on the keys of my laptop I get to dish out my own personal Karma. There is a kind of power in being an author and I love it.

In the real world, my supportive husband and I live in the Sunshine State and are the proud parents of one grown child, a son.  While I am hoping to one day be able to fulfill my dream of writing full time, I currently balance my writing with my professional commitment to the local school district.  It can be difficult at times to juggle the two, but I love writing and will continue to do it as long as my inner universe keeps expanding. 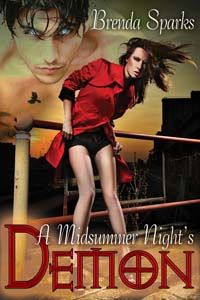 Synopsis:
Daelyn Torres is determined to break free from her over-protective brother. Born a demon, she knows little of the world outside her home and work. A chance blind date promises adventure and perhaps a walk on the wild side. But her night on the town takes a deadly turn when she is gravely injured and left to die. A handsome, mysterious stranger comes to her rescue and brings with him a passion she has never experienced.

A dark guardian sent to investigate a series of missing person cases, vampire Ky Robinson is ready for anything, except the insatiable desire that engulfs him when he meets Daelyn. He senses their destiny is intertwined and vows to do everything in his power to keep her safe. The only problem: demons and vampires go together like fire and ice.

Daelyn never believed in things that went bump in the night but is more than willing to be seduced by the sexy vampire who marks both her body and soul. Will Ky be able to keep them both alive long enough to prove that vampires and demons can be so much more than friends?

He ghosted behind the couple. Following them on silent feet, staying deep in the shadows of the buildings. Ky noted the way the woman walked as they made their way along the sidewalk. Her legs appeared unsteady, most of her weight supported by the male’s arm around her waist, which seemed strange because she had not consumed all that much alcohol at the bar. Only two glasses of wine, by his count. The agent heard her speaking throughout the night and she had annunciated clearly. Yet now she seemed unsteady, and her words slurred as they left her lips.


She stumbled. Catching on a bit of raised sidewalk, her shoe flew off behind her in Ky’s direction. She turned and looked over her shoulder. When her eyes met his, Ky’s heart hitched in his chest, time froze.


The bronzed skin of her heart-shaped face appeared flawless. Long dark haired flowed around her shoulders with the turn of her head. Her chocolate eyes captured his, holding his gaze. The fall of her lashes broke the spell, creating dark crescents on her delicate cheekbones. Her petite nose led to full, pouty lips that sent a surge of desire through his body. His sure strides faltered under the weight of her beauty. She was a goddess.


And she was in grave danger. 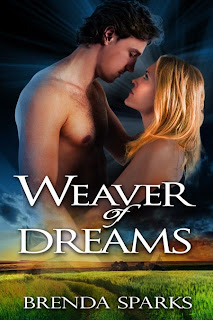 Synopsis:
When guidance counselor Maggie O’Connell is plagued by terrible nightmares, she believes stress is the reason for her torment, but she couldn’t be more wrong. Unfortunately for Maggie, in the shadows of her dreams lurks a Dream Stalker who is addicted to the dark emotions produced by her night terrors.

Zane, a Dream Weaver from another dimension, visits Maggie in her nighttime fantasies to discover there is more than just a Dream Stalker after her. As the man of her fantasies becomes real, Maggie’s true nightmare begins.

Excerpt:
Humans had no idea Dream Weavers used what they called mirrors as portals. The reflective glass was a perfect cover to hide what lay within. Looking from the human world, people only saw reflections of themselves and their surroundings. But from the other side the vortex was an entryway from the Dream Weaver world. A threshold he used to enter or see into the human dimension.

This night Zane opted to use it as a window, remaining in his dimension as his eyes scanned the room. He needed to be sure not to alert the Dream Stalker. The negative emotions from the human’s dream came through the portal, making him feel uncomfortable. They coated his energy, wrapped around him like tentacles.

He’d never experienced such strong emotions. They weighed heavily upon his energy, surrounding him. Enticing him. But he pulled back, grateful for once that the only way he could absorb the strong emotions would be to push through into the human dimension and take human form.

His gaze swept the modest bathroom. The walls were painted apartment white, blue towels hung from a bar across from the mirror. He looked down on a utilitarian sink and white counter top. Zane was just about to push through the portal and take his corporeal form when movement from the corner of the room caught his eye. He froze, waiting.

Was this the source of the negative emotions? The Dream Stalker?

Before him appeared a human form wrapped in a white towel. The person stood facing away from the mirror, but Zane knew two things. One, there was no doubt this was a woman. The way the towel hugged her slight curves, conforming to her toned body told him that. And two, this was not one of his kind. He’d have sensed another Dream Weaver immediately which meant she had to be human.

Author Bio:
Born in Virginia, Brenda Sparks now resides in the Sunshine State with her loving husband and son.  Balancing her professional commitment to the local school district with her writing is challenging at times, but writing suspenseful paranormal romances is a passion that won’t be denied. Her idea of a perfect day is one spent in front of a computer with a hot cup of coffee, her fingers flying over the keys to send her characters off on their latest adventure.  Brenda loves to connect with readers.  Please visit her online or stop by her website to say hi. www.brenda-sparks.com


Giveaway is USA/CA Only 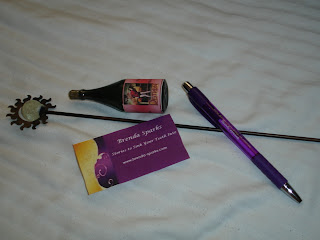 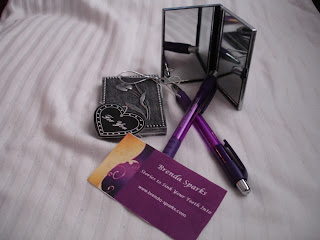 a Rafflecopter giveaway
Posted by Unknown at 12:05 AM