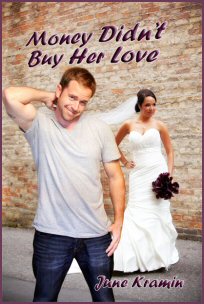 Description
Trying to get his bearings on an unfamiliar street and not paying attention, Jeremy slams his breaks to avoid hitting the most beautiful bride he has ever seen. When Danielle climbs in his truck, he assumes she’s in a hurry to get to her wedding; he didn’t realize she was escaping one. He agrees to let her return to his apartment so she can call for help, only she refuses to leave.


As the days pass, Jeremy finds it harder to fight off her passes and claims of falling in love with him. Besides having almost ten years on her, Jeremy discovers the family secret she had been trying to hide. How could the daughter of a billionaire settle for a plumber living paycheck to paycheck?


Despite every tactic her father throws at her and an ex-fiancé who refuses to let her go, Dani stakes her claim to the only thing she has ever truly wanted in her life and fights to make Jeremy hers.

Excerpt
“Exactly who the hell are you, Dani? Paris Hilton?”


She walked to a bench then sat down. “We’re doing this sooner than I hoped.”


Jeremy sat down, afraid his knees would give away. “You’re… your dad is… Dani that’s…” He couldn’t form a proper sentence and opted to shut up.


“That’s pretty much how everyone reacts. It was nice while it lasted.” She went to stand up, but he held her hand and pulled her back down.


“First of all, nothing about this was nice, so cut the crap. You pretty much kidnapped and raped me… twice on that second one.”


She managed a giggle.


“I’m sorry I was a stammering idiot. I guess I’ve never been in the presence of a billionairess before. My humble plumbing and heating ass feels a little put to shame.”


She rested her cheek to his chest; he wrapped an arm around her. “I liked that you liked me for me, not who I was.”


“I don’t like you. What are you talking about?”


She gave him a playful slap on his chest. “You were starting to like me. Admit it.”


“Maybe I finally got to where I could tolerate your two a.m. jumpings.”


Again she laughed. “What Blake and I had was practically a medieval arranged marriage. His family is even more loaded than mine. I didn’t date much before him because I was always under lock and key. I was damn lucky I didn’t have a chastity belt put on me. If I was out with family without him, everyone swooned over me like a trophy. They wanted to date me because of who I was.”


“You never said you like the way I look.”


“Am I dead? Come on, Dani. You have to know how beautiful you are.”


“I don’t think anyone has told me that – not anyone who didn’t want something from me, anyway.”


“Well then, I guess you can take my compliment off your list of firsts.”


“Why? You don’t want anything from me.”


“I wouldn’t go that far.” He moved her off his chest and stood up.


“You are certifiable – a total nut job, one of the pickiest eaters I have ever known… but you drive me crazy.” She tiptoed up to wrap her arms around his neck, but he stopped her and held her by the wrists. “Nothing has changed, Dani. No, wait. In fact is has. It’s worse. We are even more of a mismatch than we’ve ever been. I’m still too old for you and you still need to wake up and quit your pouting. I knew I should have stuck to my guns about us. Nothing good is going to come to me for falling for you. There’s no way your family will tolerate anything less than this Blake.” 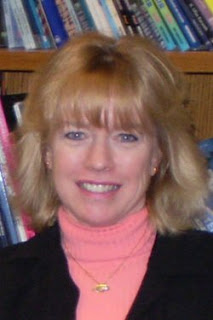 Wife, Mother, Writer, Lunatic. Not necessarily in that order.


"There is a fine line between genius and crazy... I like to use that line as a jump rope!"


June, who prefers to go by Bug, was born in Philadelphia but moved to Maui, Hawaii when she was four. She met her “Prince Charming” on Kauai and is currently living “Happily Ever After” on a hobby farm in a small town in Southern Minnesota.


She enjoys riding her Paint horse, Ringo, around the small ghost town they are playfully reestablishing with the neighbors and playing in Photoshop. Her son and daughter are her greatest accomplishments. She takes pride in embarrassing them every chance she gets.


Being hopelessly addicted to 80's music is her super power.

Link to Schedule
Posted by Unknown at 12:01 AM