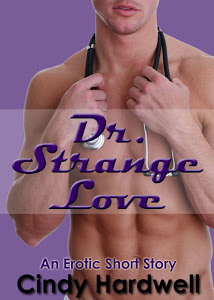 Toni Reynolds loves her fiancé, Luke Campbell, more than anything. Still something is missing. They both recognize their love life has become predictable. Toni, realizes she’s not satisfied. She fears that she’s missing something and the closer her wedding date gets, the more unhappy she becomes.

It’s her secret though, until the night, Luke announces they’re hiring a sex therapist. Uneasy about a professional poking around in their relationship, especially one who makes ‘house calls’, Toni feels betrayed. Her love for and her trust in Luke win out as she agrees to meet the good doctor. Neither Luke nor Toni is prepared for the talents of Damon. This story is 8,000 words.

I enjoyed  reading about Toni's and Luke's night with Dr.Strange Love. That's gotta be some kind of love for a women to stay with a man with no real clue how to pleasure a woman! But I got to hand it to Luke for seeking help. I'm told by all my close girlfriends I am spoiled rotten and more relationships are like Toni's and Luke's then my own, but they just keep quiet about it.  WHY? NO? OMG take them to bed and tie them up or read books like Dr. Strange Love to each other! I promise erotica shared is a marvelous thing regardless of what gender you share your bed with!

Luke is clueless and talks Toni into getting a Love Dr. Toni is such a good naughty woman =) to go along with it. We get more of Toni with Damon then we do of Toni and Luke. Dr. Strange Love has 3 chapters. How many do you need in erotica novella after all? First is your intro into the story. Second is a few different ways of sexual pleasure between the characters. And the third is a sweet happily-ever-after ending and a promise for more of Dr.Strange Love's clients.

It's a good book and at the time of this posting only .99 so go grab it up. There is a mix of what I consider styles of erotic writing. I'm no professional erotica writer but I do read A LOT of it so it's only my opinion. I encourage you to go read it yourself. With longer books a mix of styles is an awesome thing, but this one being a novella it pulled me out of the moment and sometimes made me giggle. Yes, I was one of those teens that giggled with friends on what words writers would come up with. It was fun and sometimes funny and we all secretly enjoyed it. So my only negative is the mix of flowery and figurative language mixed in so closely to the explicit in such a short read. That just comes from personal preference as I know some would rather have flowery and figurative while others enjoy the explicit and this is an mix of all 3 in 1 chapter. If your on either side of the spectrum know Cindy gives it all to you! It is definitely worthy of the read regardless of which you prefer. And on Amazon, where it is currently available,their rating system is a little different then mine so you'll see my review there with 4 stars because I Like it!
I do hope we get to meet more of Damon's clients!

Again, his breath came hot and damp on her flesh as he chortled softly. "You  want me to taste your sweet nectar? Hum? Well, I can't think of anything that would satisfy me more then tasting you." With his words, he shifted to a crouch between her legs and lifted her hips.
His head hovered in front of her channel as he flicked her clit with his tongue. A blinding need charged her to cry out. She forced her head back into the pillow and groaned in blissful agony. He meant to torment her in the most delicious of ways. She gripped the coverlet on either side of her and closed her eyes tight, as she wanted to feel every sensation his tongue invoked. With her juices running between her cheeks, she waited breathless for his invasion. Her wait proved worthwhile as Doc drove his tongue deep inside her and her muscles immediately contracted with his intrusion. Again and again, he repeated the torment until Toni could stand it no more and she bowed in his arms arching, convulsing on his tongue and riding his face to a climax of pure ecstasy.

Doc rose over her like a wicked god. With stealth-like movements, he positioned her legs apart, giving his full attention to her ass.  The licks and nips he stole from her heightened her anticipation of this strange new adventure. Plying her with his attentions to distract from his ploy, Doc pumped his fingers in her cunt. Exposing her to this new, unknown encounter excited her more then she could express. No one but she could reap the satisfaction of this man's probe into her secret place. A realization of of empowerment washed over her and she reached for him. "Don't stop,"she commanded. "Show me, Damon." Her voice came out stronger than she'd expected. Freedom surged through her, new and exciting. He stroked her anus with his thumb, rubbing the tight opening with a smooth, practiced rhythm. His other had reached for her breast and he lowered his head taking her in his mouth, suckling on the hard peak with lusty tugs.
His teeth nipping at her breast grew sensual. Low moans and unintelligible whispers left his lips as he moved to her other breast. His hand still rubbed her opening with a tormenting mild pressure. Toni relished in the talents this man possessed as he came up and cupped her breast, kneading the sensitized mound, he squeezed. His attentions would leave marks. She found she didn't care. He gave satisfaction with the pain and centered her attention away from his real goal.

Posted by Unknown at 6:52 PM No comments:


Check out this COVER!!! 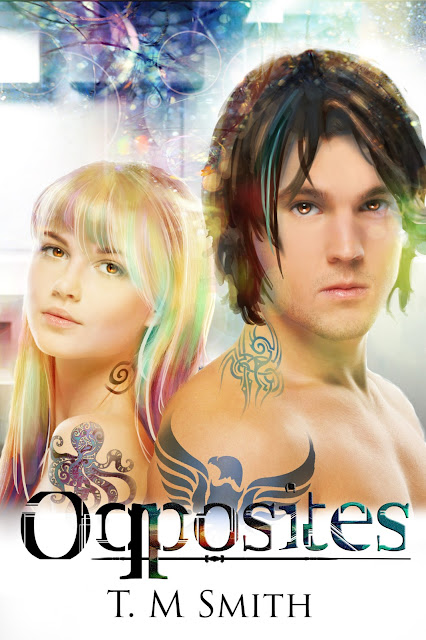 Calendar year 2081. Our planet has finally succumbed to Global Warming.

Dr. Anthony Smith, one of only a few thousand people to survive Global Warming Ignition, has come to the conclusion that the destruction of our planet and society had been due to Injudicious Breeding which lead (in his opinion) to over population, WAR, unnatural climate changes, lower intelligence, poor physical health, poverty, lust and greed. Having isolated the Dionysus gene, he decided to start society anew by manipulating Human DNA to ensure all their offspring would be born Gay/Lesbian. Thus creating a society where Gay/Lesbian is the norm... to be straight labels you an Opposite and makes you an Outkast.

Some 200 years later Dr. Smith’s descendants have maintained control of the Government that rules society. House Gaeland rules their lands, as well as the other 6 countries that survived GWI. Twins, Aiya and Aiyan, are next in line to rule alongside their soon to be wife and husband. There is, however, a growing anomaly; one that threatens to unravel over 200 years of progress. This anomaly is known as Opposites.

I know I'm excited for the release of Opposites! Sounds like it's going to be one heck of a read!!!

Now how about a little about my new friend T.M Smith 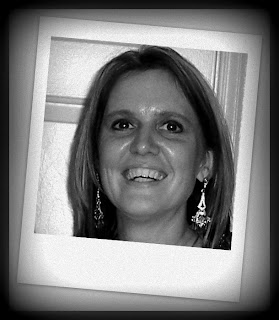 A military brat born and raised at Ft. Benning Georgia; Smith is an avid reader, reviewer and writer.  She now calls Texas home from her small town on the outskirts of the DFW Metroplex.  Most days you can find her curled up with her kindle and a good book alongside a glass of something aged and red or a steaming cup of coffee!

At 42 years young, she’s decided to enter the next phase of her life by adding the title of “author” to her list of accomplishments that includes single mom of three disturbingly outspoken and decidedly different kids, one of which is Autistic.  Her two eldest kids and gay best friend were the inspiration for her upcoming new release, Opposites.

I can’t thank all my sister bloggers enough for supporting me by hosting this cover reveal event!  I’ve made some wonderful and fascinating friends this past year while working on Opposites; bloggers, reviewers and authors that have made a huge impact on me.  I wish I could list you all by name.  I hope you all know how very much I appreciate the support.

Awe, Thank You T.M!! Best of Luck on the new book. The cover looks AMAZING and the story sounds great!