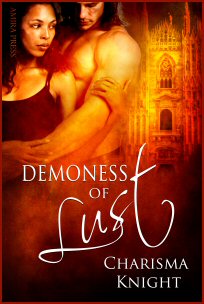 Warning: This title is intended for readers over the age of 18 as it contains explicit sex scenes and/or situations and adult language, and may be considered offensive to some readers.

This is a nice erotic short read that has a little bit of mystery, myth, and action. I do feel it's one of those that could have been flushed out more by adding just a tiny bit more history/myth and being a little more descriptive with the sex scenes. That would have bumped it to a 5 star for me. Don't get me wrong she did not colorize the sex with flowery and figurative language that always makes me giggle when I see it. I know when I bring it up that's normally what I comment on and I want to be clear it's not that at all. It's all very well written and I enjoyed her word choices. There are a good amount of erotic scenes packed into such a short book with a good amount of story and well developed characters. She seems to have done it by keeping those scenes just long enough to develop and show us how deep Jake and Sabrina's love flows. Even if Jake isn't ready to admit out loud how he feels his emotions certainly show through his actions and inner thoughts.
Being a Interracial/Multicultural book I thought race might play a larger role in the story itself. But it didn't seem to matter that they were different races. If it's your first Interracial/Multicultural book it's definitely a great place to start. Most of the time while reading it I didn't even think anything of it. It wasn't until I sat down to write the review that I noticed it really wasn't much of a role in the plot other then they happened to be attracted to each other and be different races. Most of the previous books I've read in the category it was a major driving point. It's not a negative or a positive with this story. It just is. That in itself is kinda refreshing.
I'll definitely have to read more of her books in the future.

I received this book from the author in exchange for an honest review.

Charisma has stopped by for an interview and I've kept her waiting long enough.It's been a pretty neat tour filled with interviews so if you missed them feel free to scroll down to the schedule link and check them out.

So Charisma how long does it normally take you to write a book?
Usually a month or two, depending on the length, other WIPs, or cover art I need to complete.
Do you write more than 1 story line at a time?
Yes, I’m guilty of working on two or three stories at once. Eventually, one will flow so easily, I’m   forced to put the others aside.
That's got to keep you busy having all those people in your head!


Can you tell us a little about the book you are promoting?
Sure! Here’s the blurb for Demoness of Lust:
Jake finds comfort in the arms of the lovely mysterious woman who visits him in his dreams. He soon realizes this being has awakened feelings within he’d never experienced in the past.

Sabrina answered Jake's lonely calls in the night. When strong emotions for the mortal develop, she discovers that she must follow her instincts and pursue the man.

A spell casts Sabrina into the human realm, but she must convince Jake to acknowledge his true feelings for her within four days. If she fails, she'll remain a demon for the rest of eternity. She also discovers destiny will have its way when she’s unable to control certain events and learns a powerful lesson of self-sacrifice and love.
What is it about?
Demoness of Lust is about a succubus who falls in love with the mortal she’s visited nightly. In her entire existence, she never experienced such feelings for any man, so what makes Jake so different? There is more to Sabrina than she thinks, and she discovers her true origins with the help of a wizard named Olkus.
Where did you get your ideas for it?
I originally wrote this story for a Valentine’s Day story I wanted to publish. Unfortunately my muse had other plans so I had to put this story aside for a while. When I picked it up again, there I changed some things around and it started flowing very well, as though someone were whispering in my ear.  This story wasn’t planned or outline.
It's fun, well for me anyway, to find hear about how some stories just have a plan of their own.

Was it hard to write or did it flow?
I think in the beginning it was difficult to write, so I put it aside. The idea came to me out of the blue to have a female supernatural creature pursuing a mortal male. Usually my heroes are supernatural beings pursuing human females. This story flowed well once I changed the characters around. The original story started out about a female columnist who offered advice about relationships to her readers, but had given up on love herself. The idea is still marinating in my head, and I guess when the time comes to pursue it, I’ll write it.

What have you loved or hated during the experience?
I loved how this story eventually came together because my hero, Jake is so vulnerable. He’s successful, caring, and handsome, but considers himself unlucky in love. You can’t help who you fall in love with. Do you give up due to past misfortunes or do you go with your feelings? Everyone deserves a chance at love.
I admit I love that about Jake!
Did you always want to be a writer?
Yes I did. I wrote my first story in the sixth grade, and the family loved it! After that, I really never pursued writing, but I always had a knack for it.
How do you come up with your naughty/sex scenes?
Ha Ha! That’s easy, I write what me and the significant other experience.
Do you ever let family members read your books?
Yes I do!
Can you tell us what other books you have that you are working on or will be releasing soon?
I’m currently working on a project called “Ensnared,” a science fiction piece. I should have this one completed soon!

Thanks for having me at your blog today! I hope you have a pleasant week!

I’m all over the net. Please join my newsletter for the latest about my writing escapades! LOL.  Check out my latest website I’ve created!

Thanks so much for stopping by Charisma!

How about a Naughty Bit before we all go!

In his mind’s eye, he and his dark angel were lying on a beach, confessing their love to one another. Jake exhaled sharply. Why was love creeping into the picture again? After all his heart had been through, he still sought love?

With a grunt, he squeezed his cock, trying to skip over the love parts while focusing on the sexual aspect, but it still didn’t work. As he stroked his cock, his dream woman planted a gentle kiss upon his lips that made his head spin and his heart lurch. He smiled when she whispered, I love you, in his ear.

He wanted to return those words, but none would form on his lips. Something blocked him. Ah, the protective wall he’d constructed just to keep others out. That’s right. No one would ever break through the carefully built walls he surrounded himself with.

Off in the distance, he literally could hear waves crashing along the sandy beach. Out of the corner of his eye, he saw the sun sinking into the lonely horizon. The sky, from what he could see, was a myriad of reds, pinks, and bluish hues. The Creator had surely outdone Himself on this beautiful piece of artwork. A feeling of completion swathed him like a blanket and he didn’t have a care in the world.

Something tried breaking through his stubborn-ass barrier. “I love you too,” he heard himself say as he felt his spirit lift. He must have fallen asleep so fast this time, but he didn’t care to analyze the situation. Perhaps his fantasy had finally consumed him. Her body was soft against his. His palms itched to explore every inch of her flesh.

Soon he was back in his bedroom, as if released from his dream. He would have been disappointed, but his mattress shifted as she snuggled next to him. It was definitely her. The jasmine perfume taunted his nostrils as fingers stroked the dark hair of his chest. He groaned as she playfully bit at his nipples.

“Mmm.” Jake groaned and opened his eyes. Silver moonlight now poured in through the room, giving him a perfect view of his dream lover. Sure enough, his dark angel was right there beside him, a loving smile painting itself on her face.

She bent down and kissed his cock. Her touch was electric, and he swore he’d go through the roof if she touched him like that again. As though he willed it, she kissed him there again. His woman continued planting dainty kisses from his cock to his navel, making Jake writhe beside her.

“You—” He’d lost his breath and thrust his hips upward. “Should stop,” he said on a moan. “Please, don’t make me want you. I can’t take this.”

“Shh, Jake,” she reassured him. Soon, they were locked in a passionate kiss, her tongue caressing his, blinding him with an emotion he’d never felt before. Inhaling her scent, he reached for her, encasing her in a strong embrace. He never wanted to let her go and was determined she wouldn’t leave this room.

She grabbed his hand, eagerly placing it between her trembling thighs. Her feminine scent had him hard as steel, and her wetness dripped down the crease of her legs. With a masculine grunt, Jake brought his fingers to his mouth, sampling her nectar.

“Oh. My. God,” he cried out in a baritone voice as he peered into her eyes, wondering what her name was. He just had to know.

“Sabrina,” she whispered. Her husky yet gentle voice sent a shiver up his spine.

Jake wrinkled his forehead in confusion. “What are you? Is this for real?” His hands explored her smooth, satiny flesh. “It feels like you’re here with me, but—”

She placed a lone finger against his lips. “We don’t have much time,” she said sadly.

Still mesmerized by her presence and beauty, he stroked her thick, curly hair. “So beautiful,” he breathed while soaking up how she looked. He just had to burn her image into his memory before she disappeared along with the sunrise.

“Do you want me all the time?” she asked as curiosity masked her gentle features.

Fear sliced through his heart. He wanted her in every way imaginable, but did it mean he would soon experience the sorrow of a broken heart again? He wasn’t sure he could withstand the pain.

Giveaway Info:
Prize is 1 eBook copy of "Demoness of Lust" PLUS trinkets from Wicked Amethyst Designs. Contest is tour-wide and ends June 5. Must be 18 years of age or older to enter.